The title says it all. One man found himself asking the question, “do doorbells ring themselves?” after his bell kept ringing, again and again. At first, he thought he was being pranked, but never saw anyone at his door.

His doorbell was ringing all on its own! Is this possible, though, or is this guy going crazy?

The truth is that there are some cases where doorbells ring themselves. It makes no difference if they’re wired or wireless, it’s still possible for a doorbell to malfunction or interfere with other wireless signal and ring on its own. 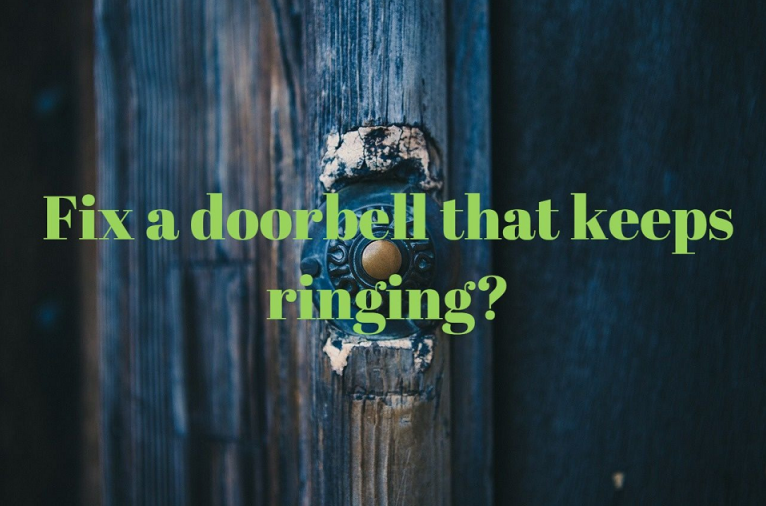 We’ll cover the specifics of this issue below and explain what you can do if you’re confronted with a similar problem.

How Doorbells Ring on Their Own?

There are a few different causes of doorbells ringing on their own. One of the most common is sticking buttons. This can occur on both wired and wireless doorbells, and if it’s the issue, you’re in luck because the problem is easy to fix.

Wired doorbells can also ring by it self for different reasons like old wiring or short in the wiring or it can be issue with the installation of the doorbell causing it to perform improperly.

Before reading through our detailed step-by-step guide on repairing your doorbell. Look at this simple troubleshooting table to help you pinpoint why your doorbell is ringing itself. In just a few short moments, you can likely decide what your problem is, and then you can head down to the guide to find out what you can do about it.

How to fix a Sticking Button:

If your doorbell is ringing due to a stuck button, pry the button back out to stop the annoying ringing. Once it stops ringing, you can begin to address the real issue. To do this, you will have to remove the doorbell and to open it up to get better access to the button.

Remove the screws and open up your doorbell to get a closer look at the button as well as the contact if you can. Clean all the surfaces of the button and around the casing and edges of the button using isopropyl alcohol.

Tip: The higher the alcohol percentage, the better, but most alcohol solutions will work just fine.

The alcohol will break down the contaminants making your button stick and then dissolve away so that the electronic components don’t get wet when you re-assemble the doorbell.

Put the doorbell back together and test it out. If you cleaned it out thoroughly, then the button should move freely again, and your issue should be resolved. If the button is moving freely and the bell is still ringing, you have a different problem that you need to address instead.

If your wired doorbell is not responsible for the ring, you probably have a problem with the wiring. To fix the problem, you first need to get to the wiring itself. Unscrew the front face of the doorbell and pull it away from the wall to reveal your wiring. Look for these and fix them:

If your wireless doorbell continues to ring and make a racket, and the button isn’t sticking, you’re likely getting interference from something like your automatic garage door opener. The issue is caused by other devices using the same wireless frequency as your doorbell.

To resolve the problem, you will have to change the frequency of your doorbell. Luckily, most wireless doorbell kits make this easy to do. Look at your manual or an online manual and look for information about changing the frequency, the password, or the privacy code. Follow the instructions outlined and swap to a different frequency until you stop having the issue.

If you change the frequency multiple times and you’re still facing the ringing issue, you may have a faulty doorbell. Talk with the company about your problem and see if you can either replace or return your doorbell.

It can be frustrating dealing with a spooky doorbell that insists on ringing itself, but there is always a logical explanation. No matter if you have a wired or wireless doorbell, you don’t have to deal with it ringing itself again and again. Follow the simple troubleshooting steps up above and try to resolve the issue yourself. Hopefully, you can fix the problem in just a few minutes, and your doorbell won’t ring again until you have a visitor or at least a package from the mailman.

link to Can I Use WiFi Extender With Cox Panoramic Router?

High-speed internet at home is a must-have in the technological age. Just as important, however, is high-range internet, meaning internet that covers all parts of your home. To avoid internet dead...

Woman hand plugging a blue network cable into socket of a white Wi-Fi wireless router on a white wooden table. Wlan router with connected internet cables on a table in a home or office. Rear...